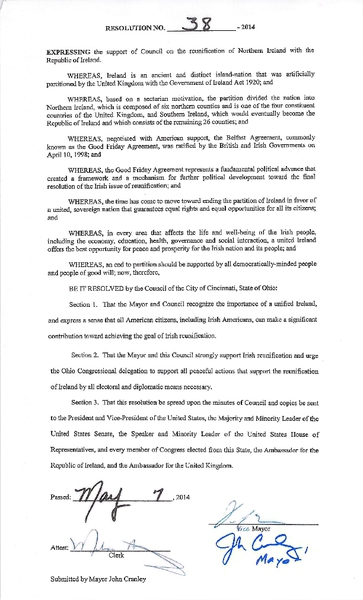 On, Wednesday the 7 TH of May at 2:00 PM, the first item on the Docket for the City of Cincinnati Council Meeting was the "Resolution Supporting the Unification of Northern Ireland" (see attachment). The Resolution passed unanimously on the first Reading. This is a testament to all your great efforts, to all that called, emailed or spoke directly to the Council members, a well deserved Go raibh maith agat/Thank You. 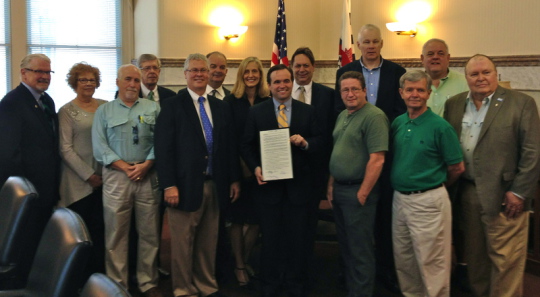 Cincinnati Mayor John Cranley in his office presenting a signed "Resolution Supporting the Unification of Northern Ireland" to Irish-Americans and Irish born of Greater Cincinnati who believe in a United Ireland, on Thursday the 29th of May 2014.

Presentation of 2011 "Freedom for All Ireland" Christmas Appeal Award - August, 2012

Pictures from the Past