Meetings continued at St. Xavier until 1980, when church remodeling forced a relocation of meeting locations for several years. The first relocation being to St. Rose on the River, in the Tusculum area of Cincinnati, followed by the Resurrection Church, in the Price Hill community of Cincinnati. After several of these moves a more permanent temporary hall was located and bought at 3926 River Road in the Lower Price Hill / Riverside Community of Cincinnati in 1984. This location was used up until the fall of 2011, when due to continued growth a new location was located at 4026 River Road at St. Vincent DePaul Church - in the Riverside Community of Cincinnati. The inaugural mass and opening of this much larger and newer facility was celebrated on December 3, 2011 - with Brendan Rhodes handing off the duties of President of St. Patrick's Div. #1 to Barry Fangmann. On January 24, 2020, St. Patrick's Div. #1 consolidated with Our Lady of Knock Division of Cincinnati - strengthing and enlarging St. Patrick's Div. #1.  Chris Schulte (St. Patrick's) and Jason Love (Our lady of Knock) were the last two Presidents of the individual divisions, with Chris Sculte being elected as the new President of the new consolidated St. Patrick's Div. #1 on January 24th, 2020.  Meetings are currently held on the fourth Friday of each month beginning at 7:00 p.m.

Noted accomplishments of St. Patrick's Div. #1 have included: the co-hosting of the 2010 AOH / LAOH National Convention in July of 2010, the celebration of it's 50th Anniversary in October of 2010, and it's hosting and organization of the annual Cincinnati St. Patrick's Day Parade.

The history of the Cincinnati St. Patrick's Parade began in 1967, when several members of St. Patrick's, Division 1, Ancient Order of Hibernians discussed having a parade in St. Patrick's honor, their Patron Saint. One member took the first step - "Big" Jim Murphy secured a religious procession permit for Friday March 17th. The men started their procession through downtown Cincinnati around 4 p.m. Catholics of the city and others left work, stores and bars, to join the procession. What started out as a small religious procession, with members of the AOH and their families, became a large parade. Traffic on the city streets did not move for over 2 hours. Since those early days, the event has become a true parade with street closings, floats, pipers, step dancers, Irish families, marching bands, etc. At one point the Cincinnati St. Patrick Parade was the second largest such parade in the world. Because of the chaos created that Friday afternoon, subsequent parades were pushed to a Sunday, except when in 2001, the 35th Cincinnati St. Patrick Parade was moved to Saturday.

In 2012, celebrating the 46th anniversary of the St. Patrick Parade we will once again hold the Cincinnati St. Patrick Parade on a Saturday, stepping off promptly at 12 noon. The 2012 Honorary Grand Marshall is Tom Griffin, a Member of the 1942 Doolittle Raid on Japan. Another noted past Honorary Grand Marshall from 1989 was the noted Irish Republican Army member, Joseph Doherty. His mother, Maureen represented him in the parade due to his incarceration.

In the history of the parade, it has never been canceled. The parade has started on sunny days, only to conclude with streets covered in several inches of snow. Rain, snow, or shine... the Irish of Cincinnati, and the St. Patrick Division #1 of the Ancient Order of Hibernians come out in all weather to celebrate the life of one of Ireland's greatest Saints! 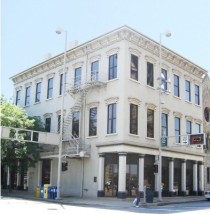 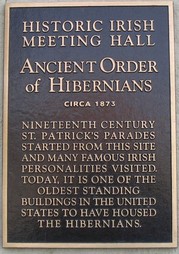